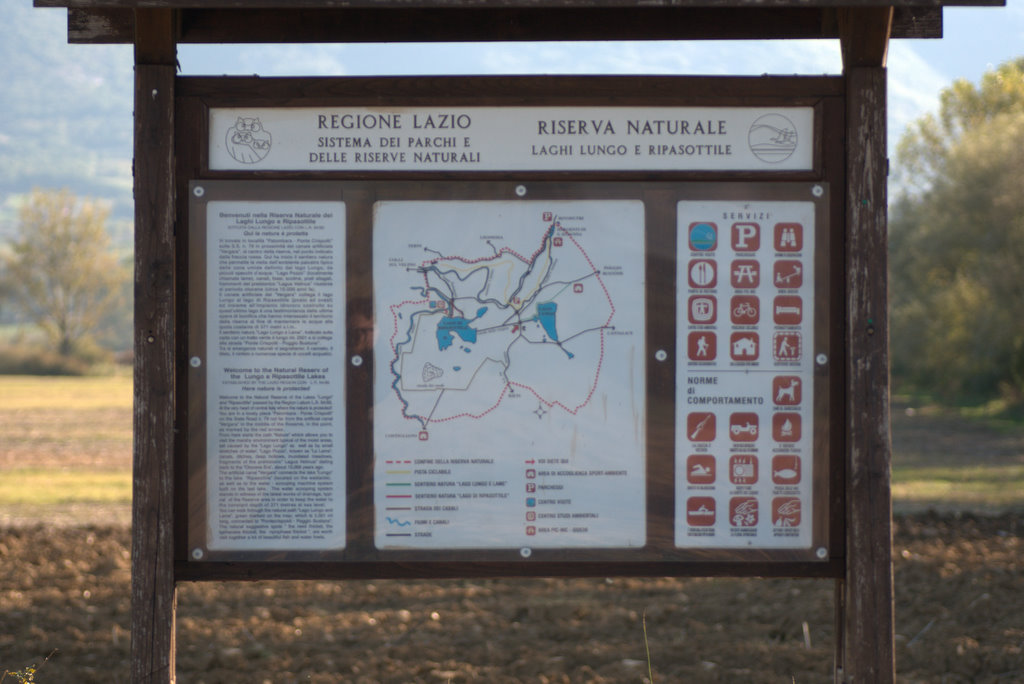 The Natural Reserve of Lungo and Ripasottile’s lakes is located in the province of Rieti (central Italy) and it is what remains of an ancient lake, Lacus Velinus, which was reclaimed in Roman times by the consul Manio Curio Dentato, in order to eradicate malaria. The reclamation was designed and executed creating a breach near Marmore (a nearby town), creating at the same time the homonym and still existing waterfalls. This wetland is an important point of passage to many migratory species, its natural value is known since the beginning of the twentieth century and in 1985 it acquired the status of natural reserve.

The water level of the two major lakes, Lungo and Ripasottile, is kept constant by hydrovors which pour water in excess directly into Velino river. This became necessary, being the whole area extremely rich in water, to avoid that the lakes, expanding,  would submerge surrounding areas that, for the most part, are engaged on agriculture. Both lakes are equipped with paths almost completely cordoned and with observation huts in fairly good condition, each hut is equipped with educational panels useful to the recognition of species.

Ripasottile’s path starts from the building that houses the hydrovors and the visitor center, has a minimal difficulty and is passable throughout the year, touches a part of the northern shore of the lake, which is fitted with two observation huts and the ringing center of the reserve, and then go along an affluent and returns to an hundred meters from the visitor center. The overall length is about a kilometer and a half.

Both paths are highlighted in white, left one is Ripasottile’s, right one is Lungo’s

Lake Lungo’s path has three huts well spaced from each other, it is more challenging being longer and not circular, it is also subject to flooding that forces, during rainy periods, to wear thigh boots. The route runs along the north and part of the west shores and then alongside for a long way of the Vergara’s  canal which links Lake Lungo to Lake Ripasottile.

The most numerous and easy to sight species are: great crested grebe, coot, mallard, gull, moorhen, cormorant, pheasant, fox, gray and white herons and various birds of prey such as kestrels and black kite.

Flock of mallards in flight

Other species, more shy by nature, can be sighted with a minimum of patience, as the squacco heron, little grebe, tufted duck, pochard, kingfishers, garganey. During recent years a gradual peopling is emerging also in species that until a few years ago was just in passing nmigrations. 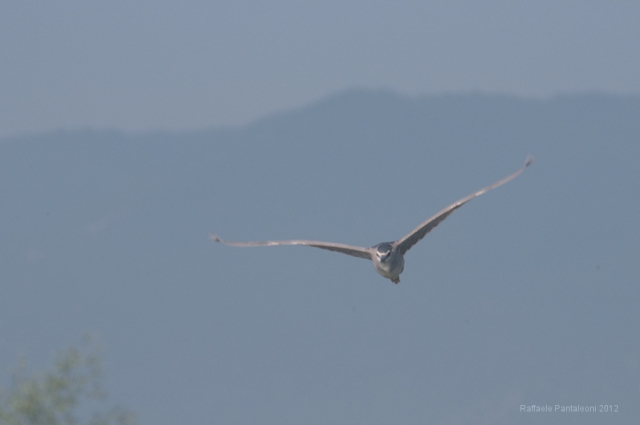 Night heron in flighy with mounts Sabini in the background

As a matter of fact an ever-growing garzaia of gray and white herons, as well as several nests of Squacco Herons is growing in number. The past year has seen the passage of numerous cranes, spotted up to one hundred and twenty specimens simultaneously.

Flock of grey cranes arriving to the reserve

During last winter, thanks to the complicity of copious rains that have transformed several fields into temporary wetlands, many migrating waders have found a pleasant habitat. Small couriers, black winged stilts, snipes have been reported. 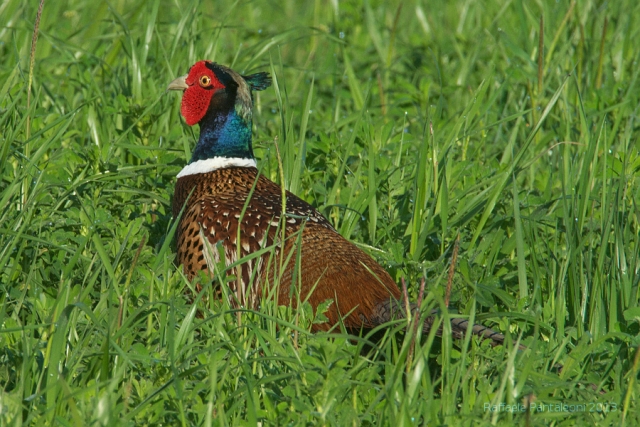 Porcupine walking around at dawn

Being in a less known touristic area and far from major roads, Rieti is not connected to highways nor railways, the reserve is not a place sought by families hiking and nature potographers, the chance to meet families walking around or noisy hikers is extremely low. Neither the reserve nor the lakes are fenced, access is therefore free and unchecked allowing for maximum freedom in the choice of time.

The hut is the only way, or at least the simplest to observe the lakes and wildlife, because both lakes are surrounded by a thick wall of reeds that hinders the view and access to water, Lake Lungo is also adorned, seamlessly, by a thick layer of water lilies used as pasture by moorhens and coots, as well as a hunting area by diving cormorants and grebes. 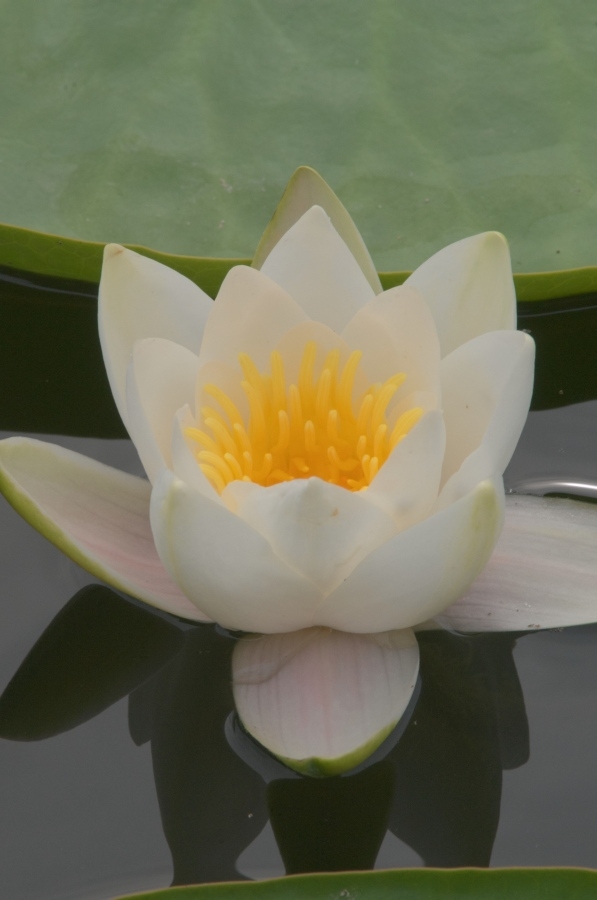 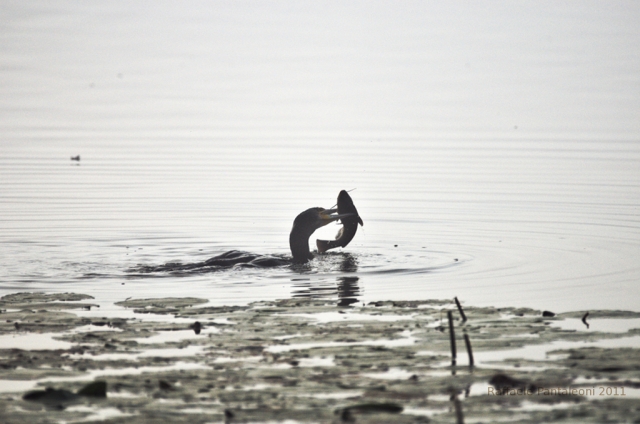 Since 2011 has been noted a return in number and species of Odonata which during previous years had almost disappeared. An independent study in 2005 had shown a state of deep suffering regarind the whole lake basin with a worrying beginning of eutrophication (from Wikipedia : state of wealth of nutrients in a given environment , particularly an overabundance of nitrates and phosphates; due to the proliferation of microscopic algae which , in turn , not being disposed of by primary consumers , determine a greater bacterial activity ; thus increases the overall consumption of oxygen , and the lack of the latter causes in the long run fish death ) . The pressure of intensive agriculture is the main cause of the excess of phosphates and other pollutants into the lakes. The return of dragonflies could be an indicator that the necessary revitalization measures could have been put in place and have begun to give results, but unfortunately the annual reports by WWF and Goletta Blu (an indipendent ecological ONG) show how the phenomenon of eutrophication is still in place and both lakes are suffering from it. 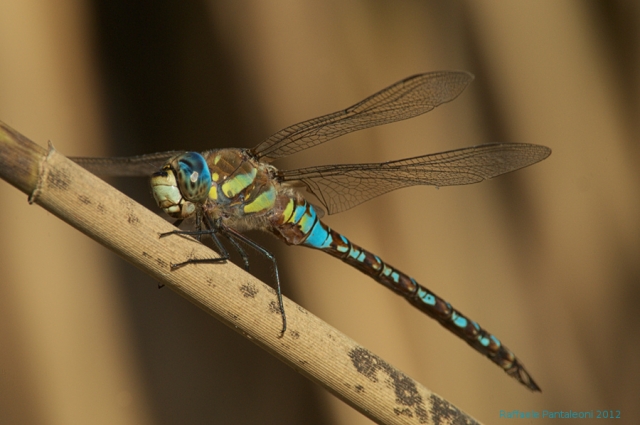 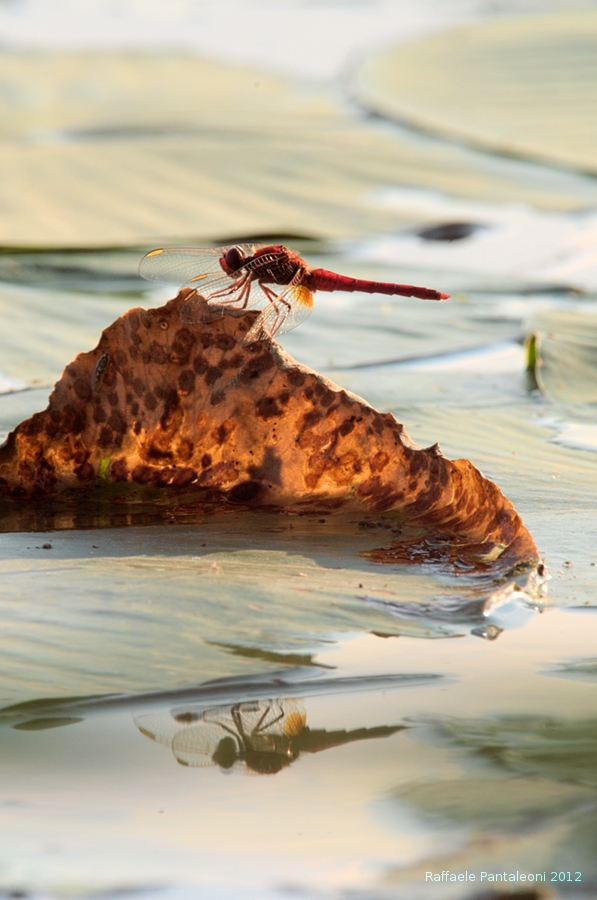 Other then from a naturalistic point of view, the area is extremely attractive in terms of landscape, being a plateau at about 400 meters above sea level surrounded by the Sabine mountains and in particular by massive Mount Terminillo that rises north-east. 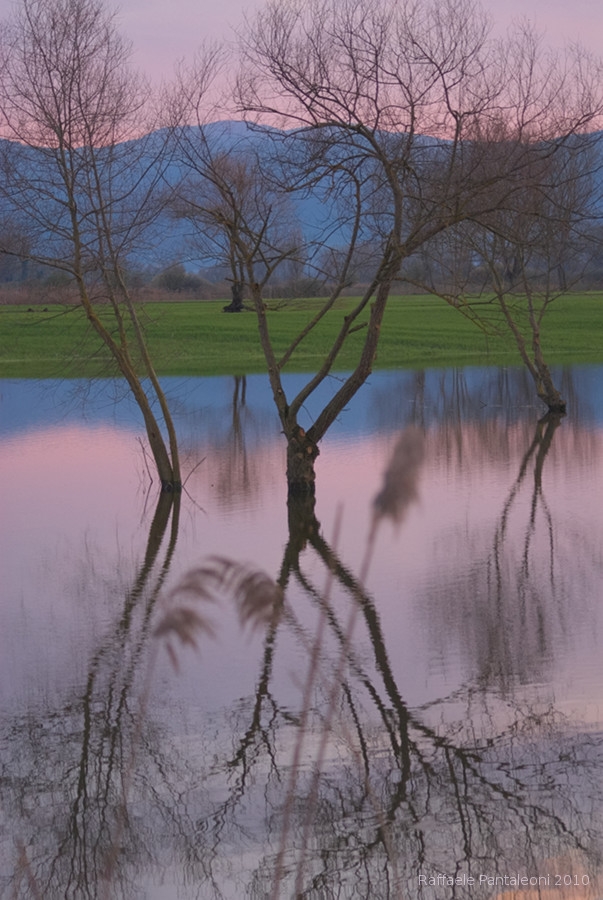 March 2010 flooding ; as a result of the continuous heavy rains the level of the lakes rose 6 meters 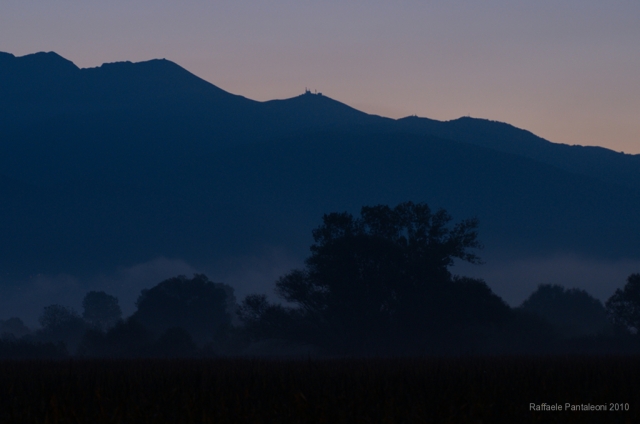