My name is Raffaele Pantaleoni, I was born in Rome on march the 28th 1972. My passion for photography started early, my grandfather was a professional photographer, so I grew up amongst photographic equipment and films. At the age of eleven I was sent into a school trip using a Lubitel II loaded with a 24 exposures 6×6 color film. As the year passed by my passion for photography was overtaken by computer science, the other great passion of mine, becoming my job too.

In the meantime photography rested unsettled, never dormant, to upsurge during my honey 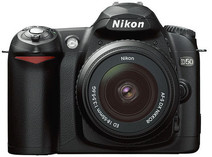 moon in 2001 using a Nikon F60. In 2004 I begin to explore, being not completely convinced yet, the digital photography world using a HP PhotoSmart 735. I discovered a world made of immediacy and unparalleled creative possibilities.

In 2006 I make giant strides into digital by purchasing a Nikon D50 in bundle with the 18-55, 55-200 kit: it’s love at first sight! Finally I can explore a genre of technical photography that was buzzing in my head for twenty 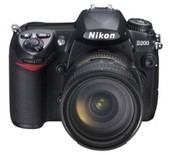 years: high speed photography. The D50 shows to be a real camera, despite being an entry level one, and gives me great satisfactions. Being able to shoot more than twenty thousands photos in just an year and a half, I find myself struggling with my D50 limits too often, notwithstanding its versatility.

At the beginning of 2008 the D200 makes its way into my set. It is a multifaceted camera filled with lots of useful functions. The feeling is immediate but it is immediately clear too that the base lenses bundled with the D50 show all their mediocrity mounted on a camera like the D200. So during 2008 I renewed my whole lens park.

In the meantime, thanks to a fortuitous proximity to a natural reserve, I find that photography and love for nature match perfectly and they are able to pull off from me an unexpected creativity!

In april 2010 I finally realized that the D200 limits were too limiting. So I have purchased a brand new D300s. The leap forward, compared to the D200, is impressive and it appears immediately to be a camera with a well-defined character but easy to manage.